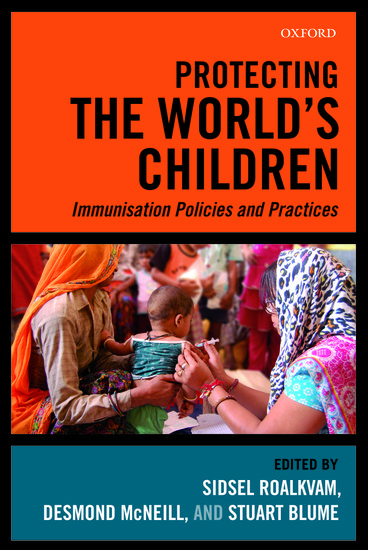 Vaccination programmes now represent a major part of the effort devoted to improving the health of children in developing countries. These donor-funded programmes tend to be global in scope and focus on worldwide goals and targets such as ‘polio eradication’, and the Millennium Development Goals. Health policy makers at the national level are expected to implement these programmes in a standard manner and report progress according to a few standard indicators. Pressures and incentives to achieve the targets set are then transmitted down to the community level health worker who actually meets the parents and children to implement the programmes.

Drawing on first hand, original research in India and Malawi carried out by the contributors, as well as existing literature, Protecting the World’s Children: Immunisation policies and practices suggests that there is little or no scope allowed for the effects of variance in the way health systems work, the difficulties and tensions faced by health workers, or differences in the way people think about childhood illnesses that reflect cultural differences.

The book argues that the need to show progress can create distortions and lead to the production of misleading data and an unwillingness to report problems. It proposes that vaccines could more effectively serve children’s health needs if immunisation programmes are better understood and acknowledged, and if local knowledge and realities were enabled to inform national and international health policy.